Food for Thought {at the park}

As of this summer Little Dude loves the park! I have to say, I have also come to love the park. It’s a great way to be outside in the fresh air, let little ones get some energy out and give us adults something to amuse ourselves with rather than just watching them play in the yard.

Recently we were at our local park when we came upon a new and somewhat awkward situation. Another family arrived (mother and three children) and started playing. Soon after the other mother was offering her children snacks – a variety of crackers, food pouches, etc. I didn’t think much of this since most moms bring snacks along for their little ones and it was getting close to dinner time so it made sense that she would offer them something. I wasn’t prepared for her to offer Little Dude a food packet however. 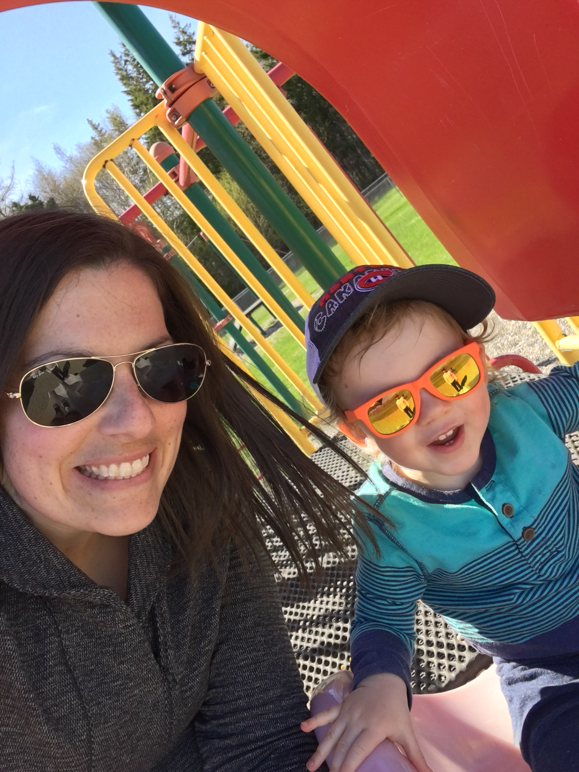 In the moment I nearly froze. I guess I was just shocked that she would offer Little Dude one of the food packets, mind you I should clarify that she immediately looked to me for approval, listed what foods were in the mixture and asked if he was allergic to anything.

I replied that he wasn’t allergic and at that she opened the packet and gave it to him. He sat with his new little friend for 30 seconds and they ate food packets together.

The reasonable mom in me thinks:
The crazy, not so rational mom in me thinks:
Thankfully in the end the rational mom in me prevailed and I didn’t start some kind of mom fight over a packet of food at the park! In the end, she meant no harm and was genuinely trying to be kind. Is it bad, that we naturally think the worst even when people are trying to do nice things?! I guess that’s a topic for another day… now, back to the swing set!

My shoes for that: Sport Sandals

Gift Ideas for Mom To Be

A Clean Home is a Happy Home – Spring Cleaning