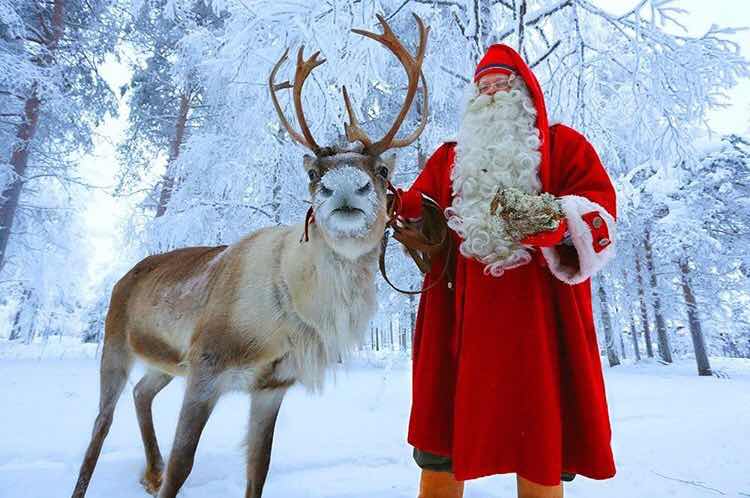 Photo Credit: @_mr_claus on Instagram
I love to travel and I love Christmas so of course when I begin thinking about Christmas each year my Christmas Travel Destination Bucket List always surfaces and become part of my Christmas daydreams. I’m sure there will be more places added to the list as time goes on, but for now here are the top 10 Christmas Destinations on my list:
Original Photo from @nola_minia on Instagram
Christmas Island, Nova Scotia Canada 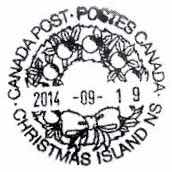 The name in itself makes this place seem magical even though I have no idea what is really here to make it an amazing Christmas destination other than the post office. People from across the country send their Christmas cards to Christmas Island in Cape Breton, Nova Scotia to be stamped with the postal mark from “Christmas Island” before they are delivered to their final destinations. I am crossing my fingers that Little Dude and I make it to Christmas Island this year to send a letter to Santa and maybe have Rudolph send a letter home to us for when we get back with the special postage stamp on the envelope 😉
Prague, Czech Republic 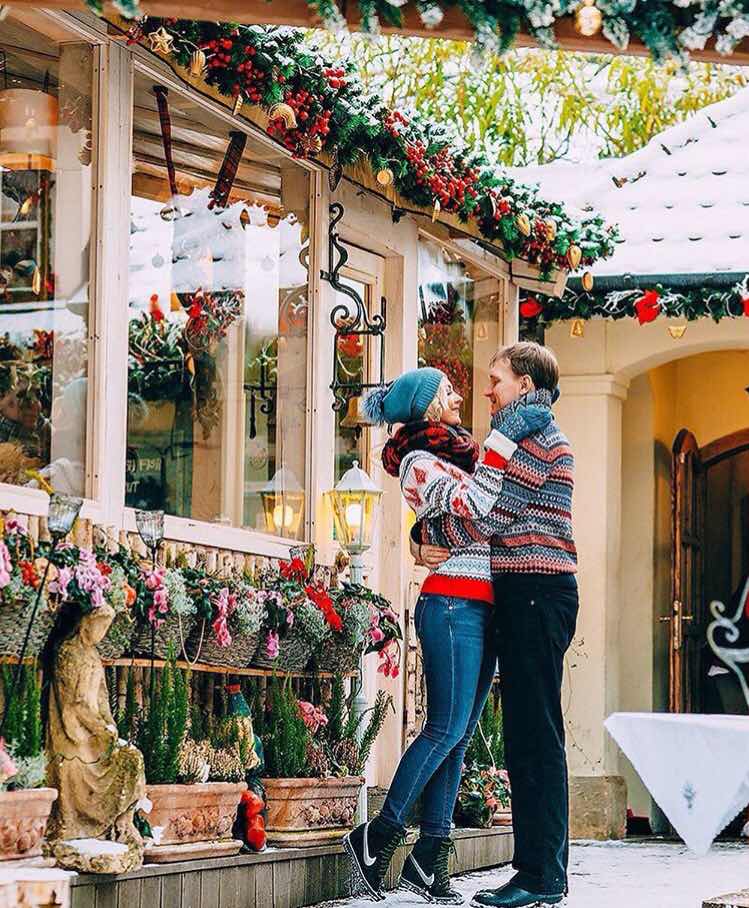 Photo Credit: @Photographerinprague on Instagram
The Mr. has been talking about going to Prague for quite some time and so it is certainly high on our travel bucket list. Although I would love to visit during a season with a warmer climate the Christmas Markets look like you’ve stepped inside a snow globe of some sort and somehow make the winter travel look completely worth it.
New York City, New York United States of America 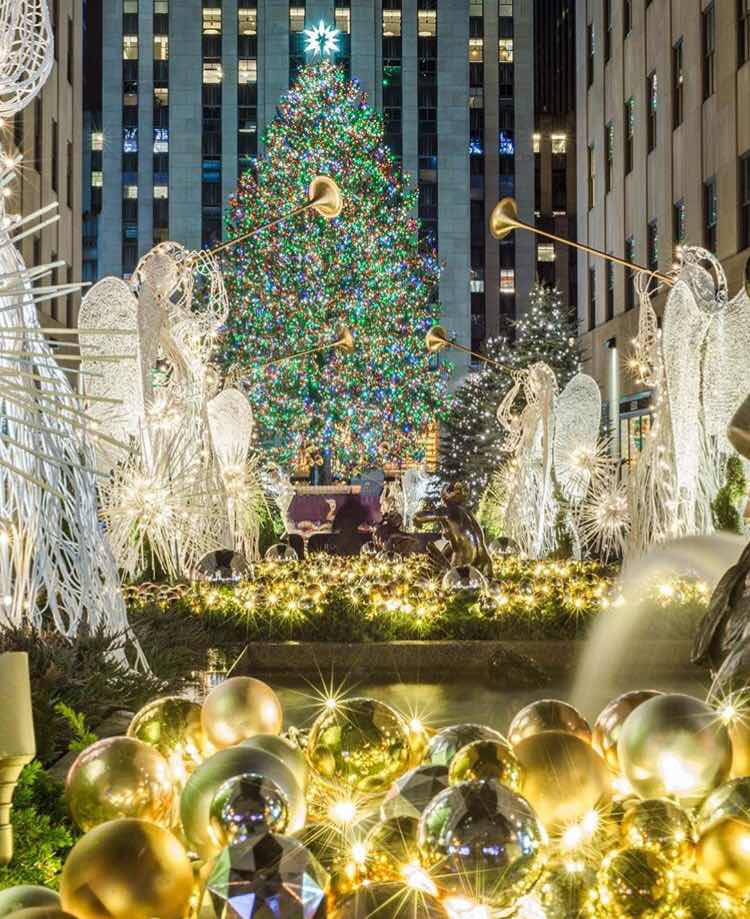 Photo Credit: @i_am_lacombe on Instagram
New York is and likely always will be one of my favorite cities to visit. The very first time I visited NYC I was lucky enough to be there right after the lighting of the Christmas Tree at Rockerfeller Centre; the holiday displays n the Macy’s windows were up and the city sparkled at night with Christmas cheer. It was during a work trip so I didn’t get to do the “fun” Christmas things I wanted to but fixed that the very next year with a trip directly after Christmas where we went to see the Christmas Spectacular featuring the Rockettes at Radio City Music Hall and of course enjoyed Times Square (from outside the gates area) on New Year’s Eve. The Rockettes were AMAZING and the show in general was something I will certainly go back to as soon as Little Dude is old enough to appreciate it.
Vienna, Austria 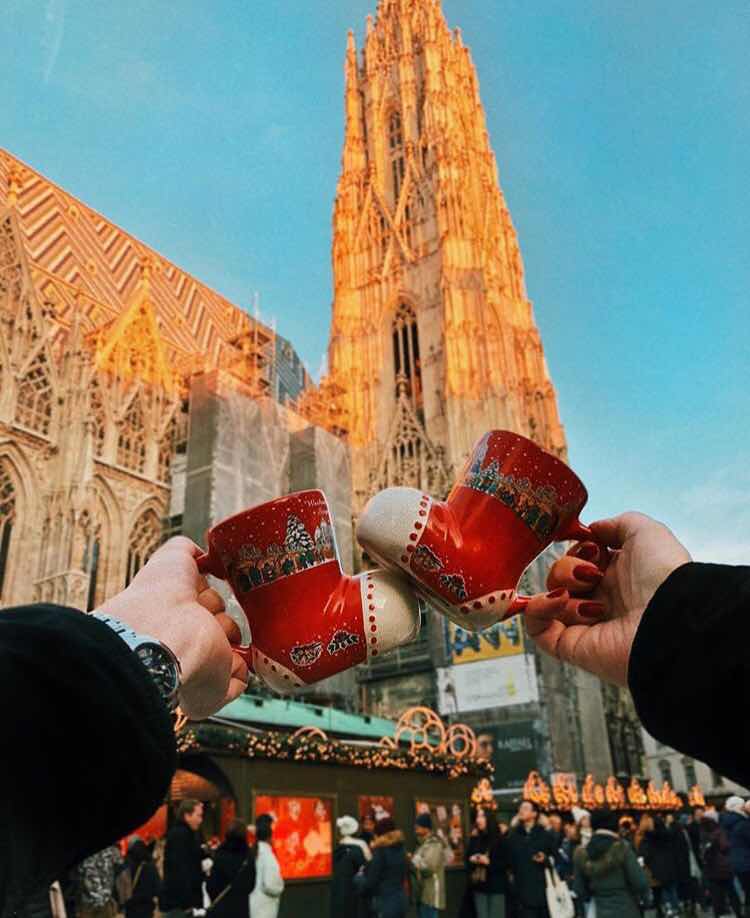 Photo Credit: @jay_stela on Instagram
I have never really watched the Sound of Music as though it were a Christmas movie and yet I tend to watch it nearly every Christmas season. Vienna, similar to Prague gives me visions of a snow globe type feel with “The Hills are Alive” as the soundtrack in my mind while wondering through a historic city in all of its European charm.
Disney World – Orlando, Florida United States of America
I am, and always have been, a HUGE Disney fan! Seeing the Magic Kingdom decorated for my favorite holiday of the year with Mickey and Minnie as the stars of the Christmas parade and Christmas music filling the air is something that I want to do eventually. I can only imagine the magic filling the air in what is already the most magical place on earth!
Banff, Alberta Canada 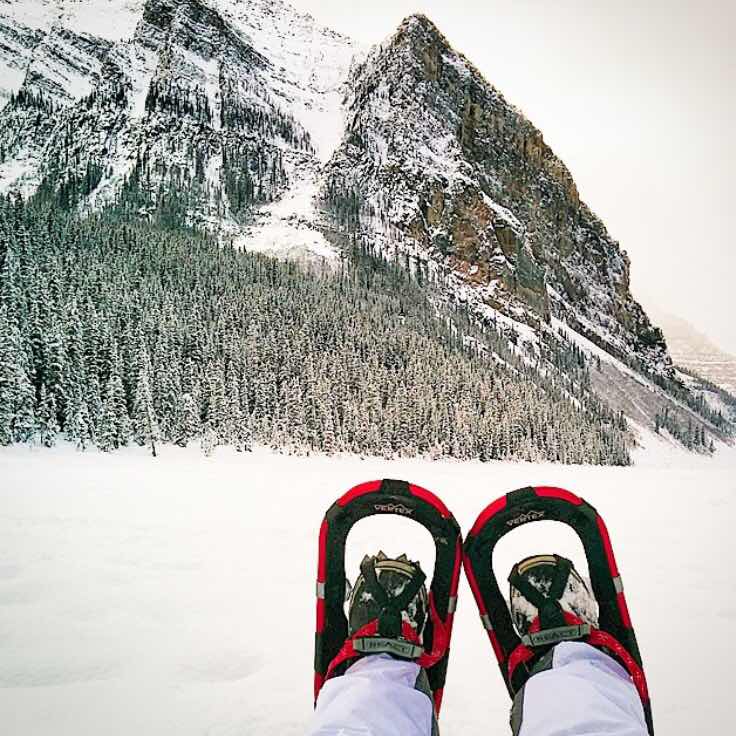 Photo Credit: @allisonshillington on Instagram
Cozy, Cottages and Christmas – three words what go together and suit this mountain town in Banff National Park (in Alberta, Canada) so well. A Christmas in Banff makes me think of sipping hot chocolate next to a fireplace wearing leggings, wool socks and a cozy sweater while enjoy the views of the Canadian Rocky Mountains, spending quality time with family and doing all the little things that make Christmas a feeling and not just a holiday.
Cologne, Germany 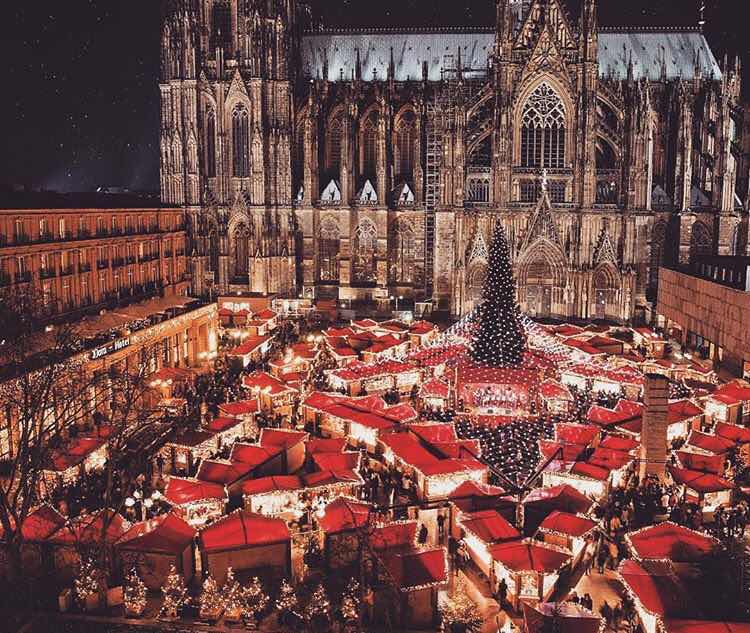 Photo Credit: @chrismacheras on Instagram
My room-mate in University was born in Germany and always spoke about Christmas in Germany with real candles on Christmas trees, markets galore and special treats for the family. I have never been to Germany and have to say it is not a part of Europe that typically tops my travel wish list, but seeing and experiencing Cologne at Christmas is an experience I wouldn’t pass up.
New Orleans, Louisiana United States of America 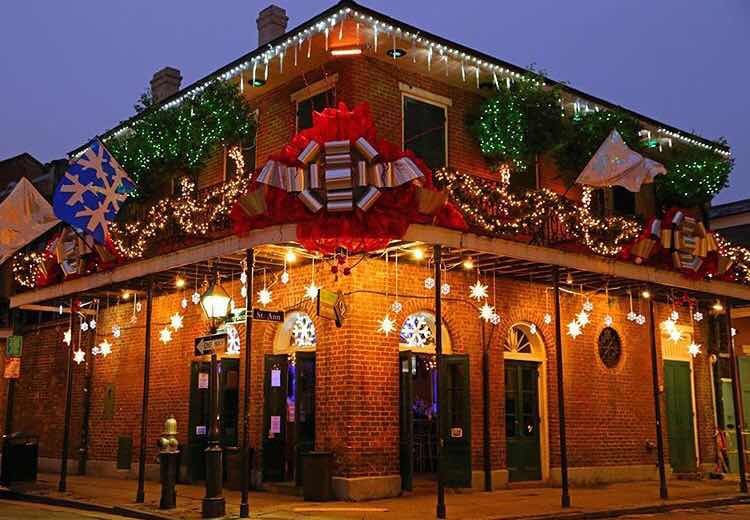 Photo Credit: @murielsnola on Instagram
For something completely different, culture and climate wise, celebrating a NOLA Christmas looks like something to experience. I have been to NOLA several times and always love the character to the homesteads, the atmosphere of Bourbon street at night and of course, the FOOD. NOLA is probably the tastiest place I have ever visited… pair that with Christmas charm and I can only assume it would make for a memorable experience.
Holland
I have made so many great friends from The Netherlands (aka Holland) through my work and love hearing about the celebrations at Christmas time. Sinterklaas comes earlier in December (more about that here) so from the perspective of a traveller it would be so neat to experience both Sinterklaas and Sants Claus all in the same Christmas season.
North Pole, Alaska United States of America Photo Credit: @hillsen_law on Instagram
The official location of Santa Claus House… need I say more? Other than going to Disney’s Magic Kingdom I can’t think of a more magical place to bring young children and let go of the everyday to become big kids ourselves in Santa’s hometown.
What destinations are on your Christmas Travel Bucket List?
My Shoes for That: Sorel Snow Angel Lace Boot

Where to get the best lunch in Bathurst, NB

Back to top
11 shares