Since the time I found out I was having a boy my sister has been saying that she hopes he becomes one of those kids who becomes completely obsessed with a superhero costume.
via GIPHY

This is not quite a super hero costume, but for my Little Dude it might as well be. 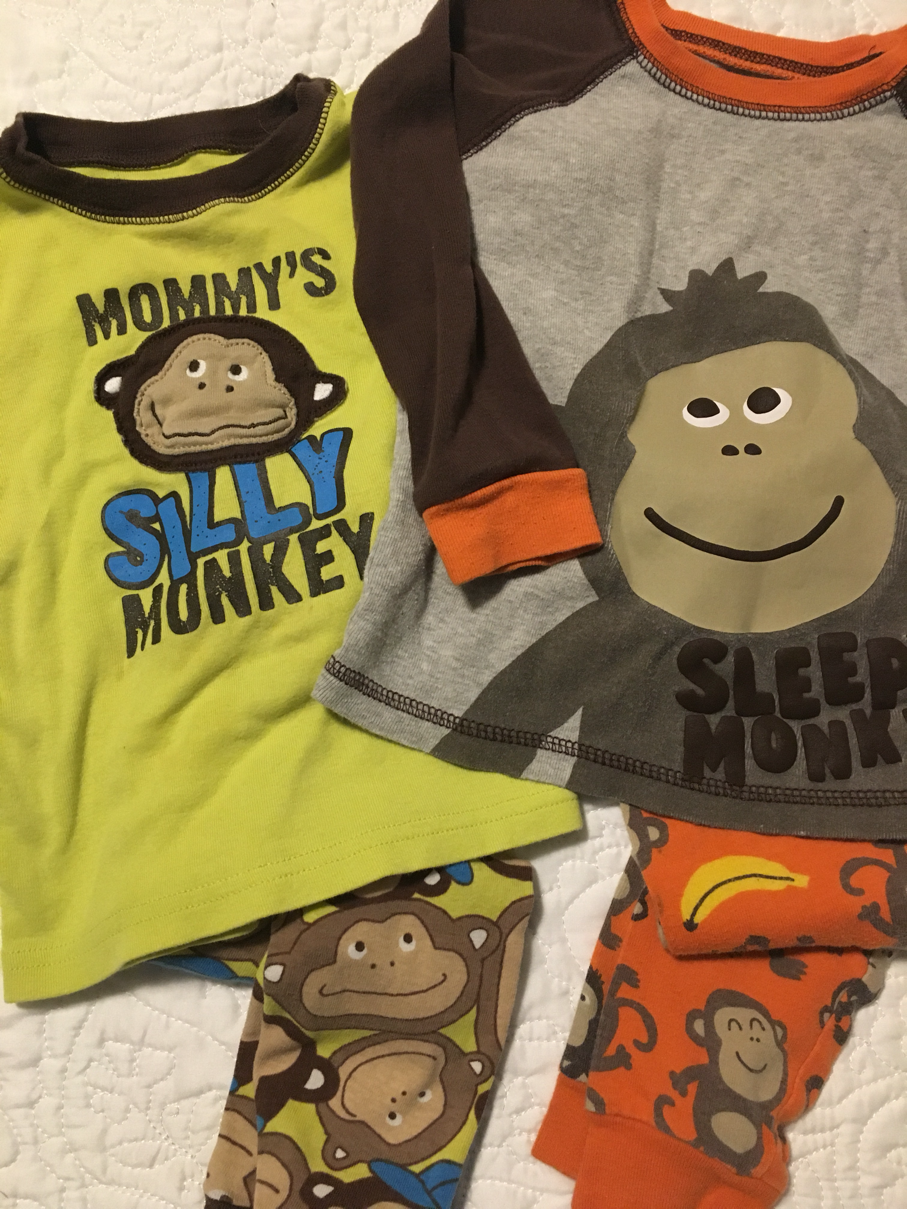 He has been head over heels in love with his two pairs of monkey jammies ever since they were brought home from the Moncton Multiples Spring Sale. He asked for them, he cries when other jammies are suggested and quite frankly he even sleeps better with them on.

They have almost become his security blanket of sorts and a constant for him. Heck, he even wore them the day he went for his day surgery and was such a champ!

But not long ago, it happened. He wouldn’t get dressed. I know you are all thinking I could have made him get dressed… after all I am much bigger than he is and should be the boss. Well, my back was sore and I really just didn’t have the gumption to have a fight at 7am as we were trying to get out the door in our way to daycare/work. So, off he went to daycare in his monkey jammies happy as can be with his clothes packed in his back pack. When I dropped him off I said “so, he didn’t want to get dressed…” and to my surprise I didn’t get a disapproving look or lecture on dressing my kid before he leaves the house. Instead the response I received was “you have to choose your battles, not a big deal! We will dress him later if he wants to”

Fast forward to the end of the day – Little Dude was picked up still wearing his monkey jammies and still happy as can be.

Moral of the story – Lise was 100% right. Choose your battles. It wasn’t going to hurt anyone if he wore his monkey jammies to daycare and it made him happy…

My shoes for that: Dotty Fish Soft Leather Monkey Shoes

PS He happily wore his clothes the next day since he wore non-monkey jammies to sleep the night before.

My last day of maternity leave…