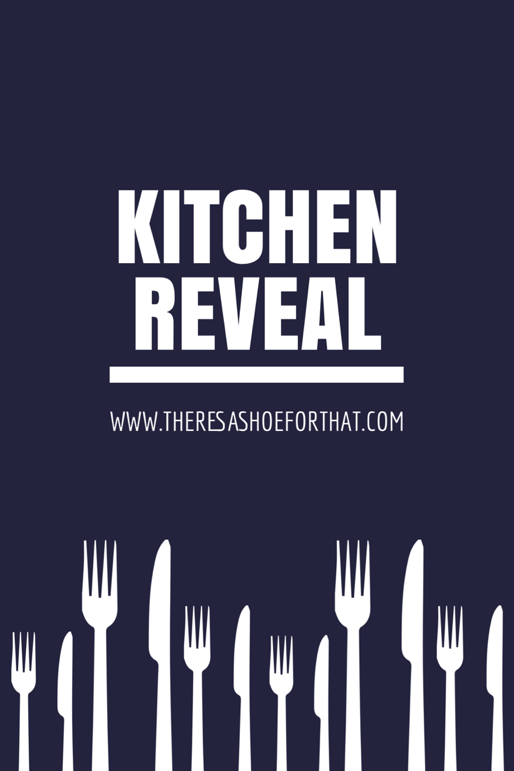 When we bought our new (and our first) home last summer there were two things that we weren’t that fussy about. Ok, to be honest there were more than two things, but two things that required talents beyond what my immediate family could easily help with. The two items were kitchen and bathroom – I think those rooms end up on everyone’s list, am I right?


Luckily, we were happy with the general layout and all the big things, but were not thrilled with the accessories in the kitchen especially. Here is a look at the kitchen before we bought the house…

Not bad, but so much beige! Counter tops, walls and back splash were all pretty much the same color or a shade off from each other. Knowing that we would be able to take on a small renovation project this wasn’t a deal breaker for us when deciding to buy the home but we know it would be a project to tackle in the first 6 months.

We debated over counter top samples, the idea of investing in stone vs. laminate (spoiler alert: we went with laminate) and then struggled to find back splash tiles that would suit the dark brown cabinets but flow into the open concept dining room and living room where the primary color palette is grey/white. I love the simple, but modern look of subway tiles and had my heart set on simple white ceramic subway tiles. In the end, when we put them next to the display counter top that happened to be the one we chose the white ceramic was way too white! As a compromise after looking at a variety of options we chose cream colored glass subway tiles with white grout.

They look more “white” than “cream” now that they are installed so I’m very happy we didn’t go with the white glass. 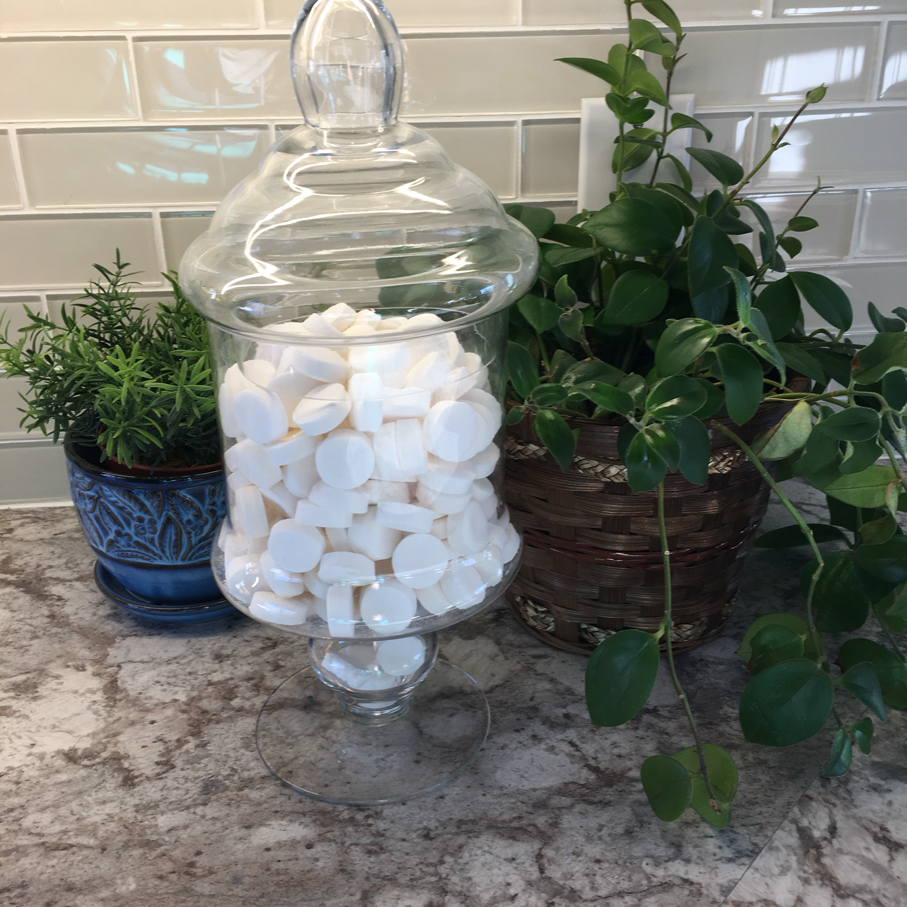 Next up on the selection list was the sink. We really liked the existing faucet so opted not to change it, but to re-use it with a new sink. And, since the faucet was antique looking it limited but also helped us narrow the decision down between all of the granite sink options. We chose the “coffee” color which we thought (and prayed) would tie in the cabinet color, still match the faucet and give us the upgraded look we were hoping for. 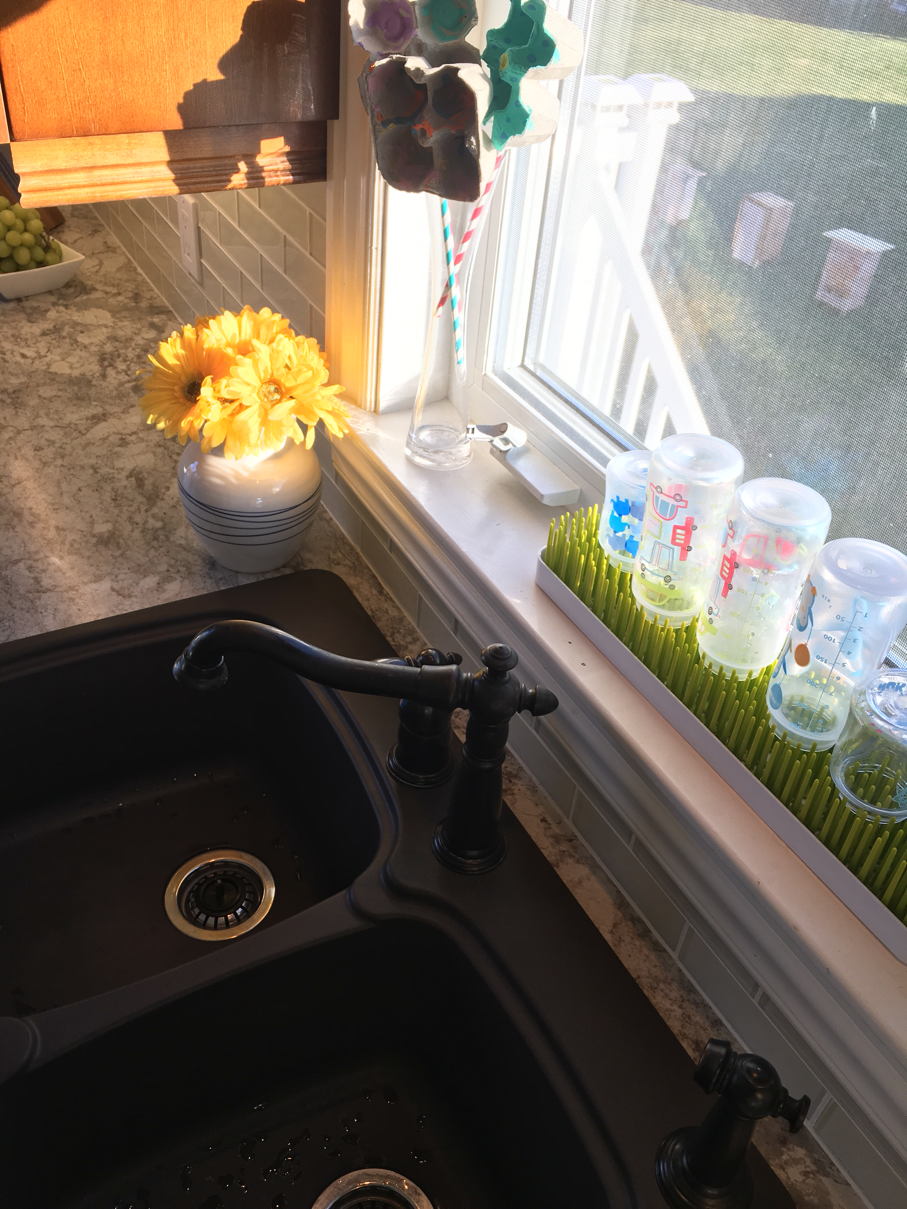 Last, but certainly not least were the drawer pulls and knobs for the cabinet doors. This is where we invested the least amount of money, but where I thought the whole kitchen came together. The existing handles and knobs were black… nothing wrong with them at all, but on the dark brown you almost didn’t notice them. That might have been what the original kitchen designer was going for but it didn’t really appeal to me. I wanted to see some contrast and add a brushed nickel element to tie in the stainless steel appliances. We chose a simple look to keep with the traditional feel of the kitchen but add a modern element. the biggest challenge was to find drawer pulls that were nearly same size as we were worried when we took the black ones off there would be fading under the circle portions on the ends of the handles. Fortunately there were limited marks and nothing some scrubbing couldn’t handle. And, without further suspense…
here are some before/after pictures and the big reveal! 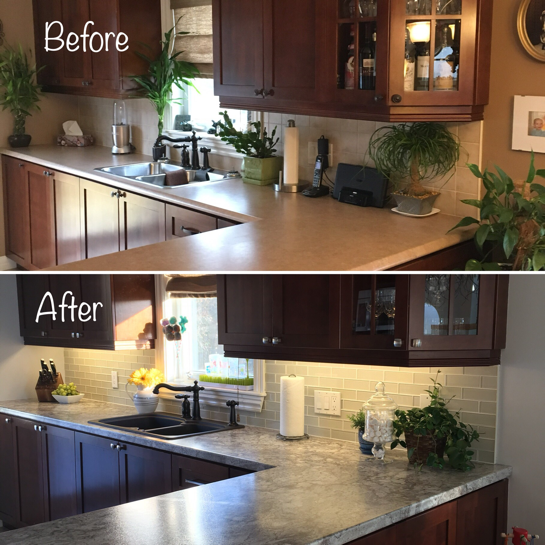 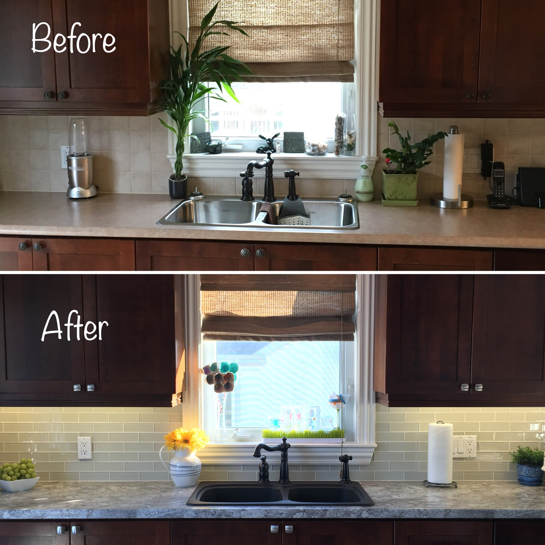 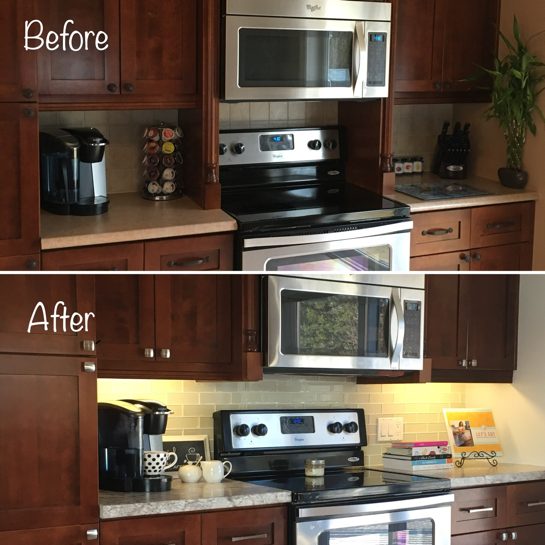 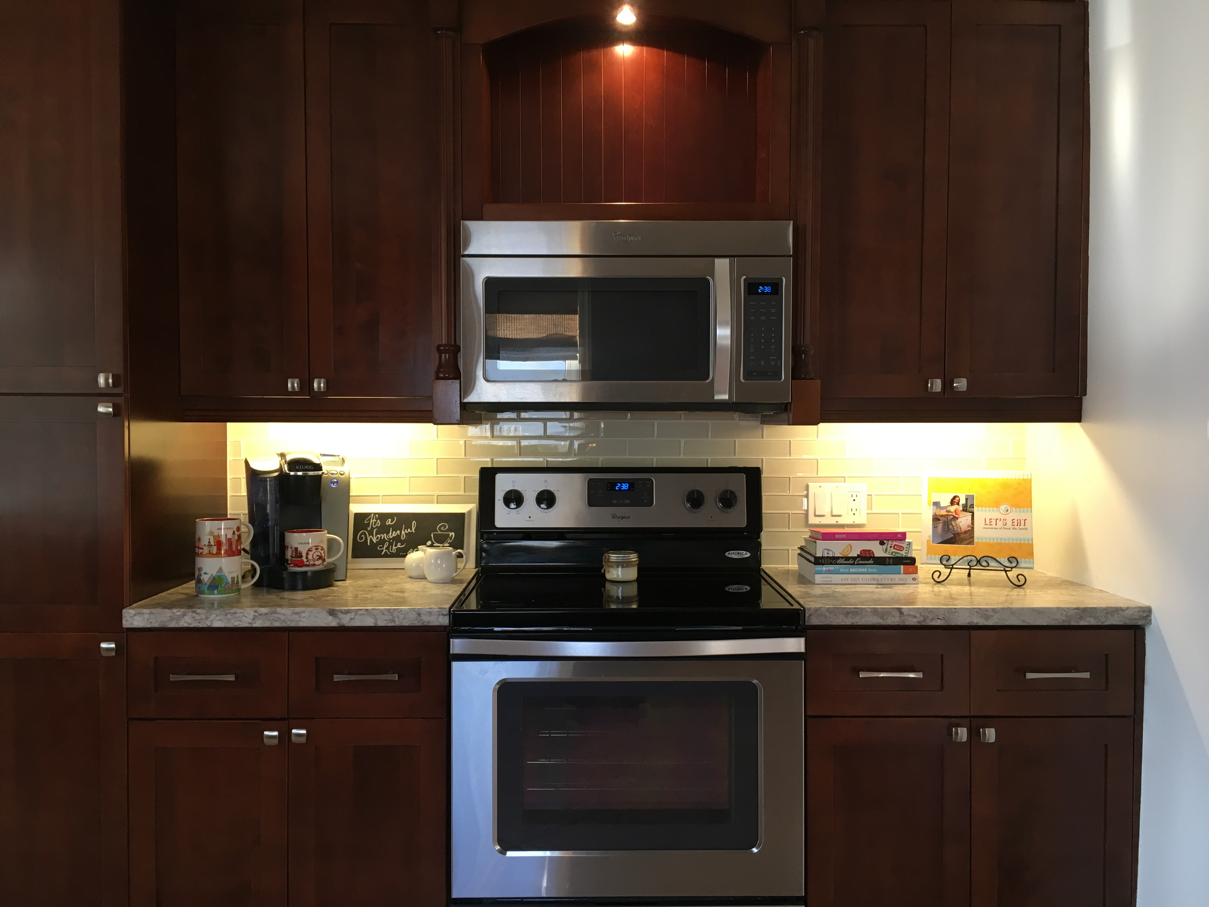 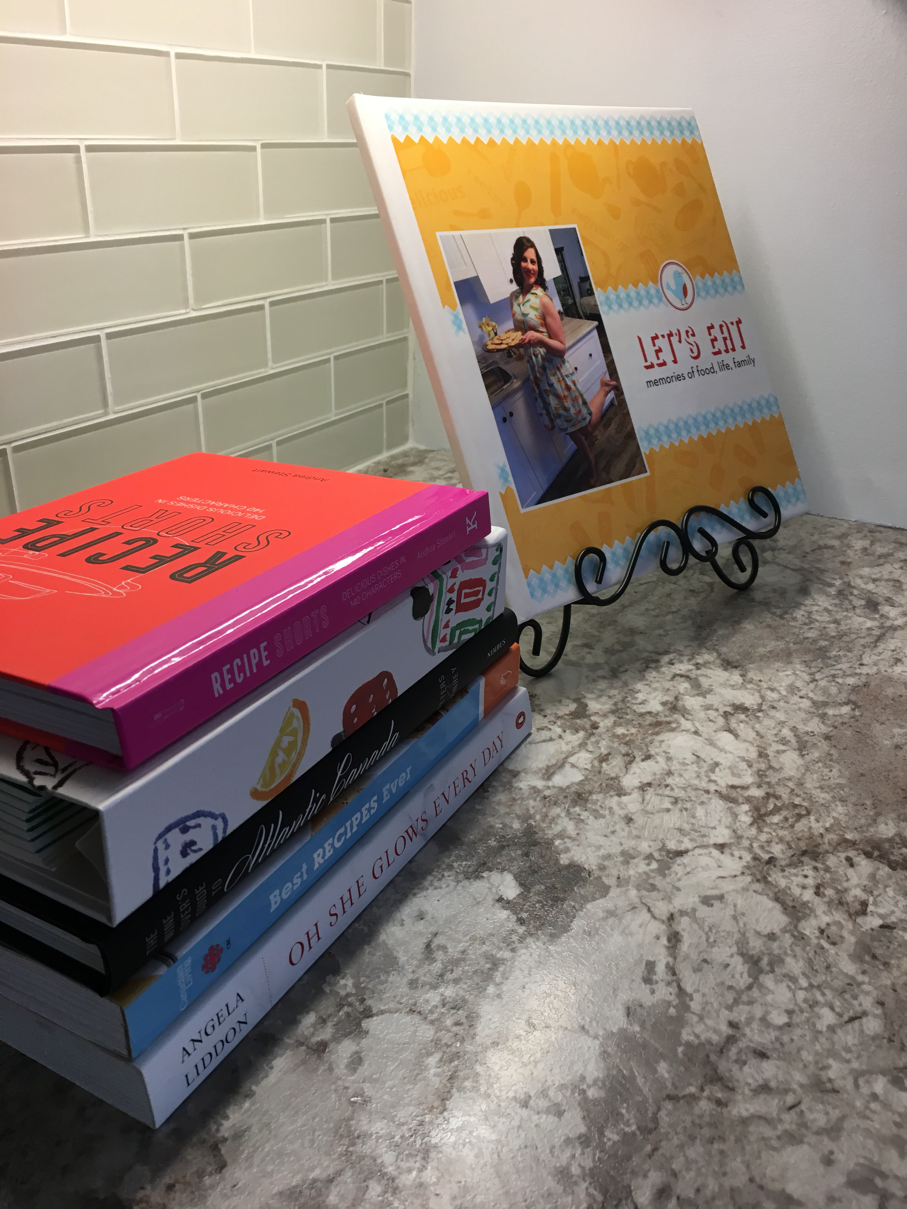 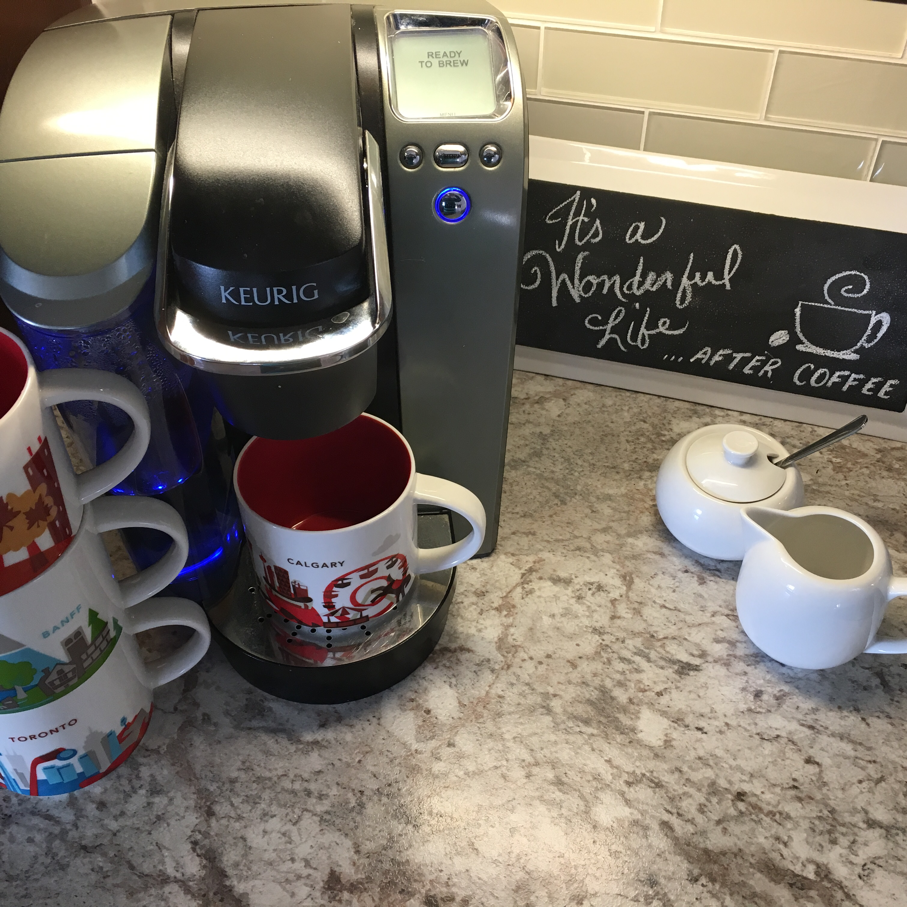 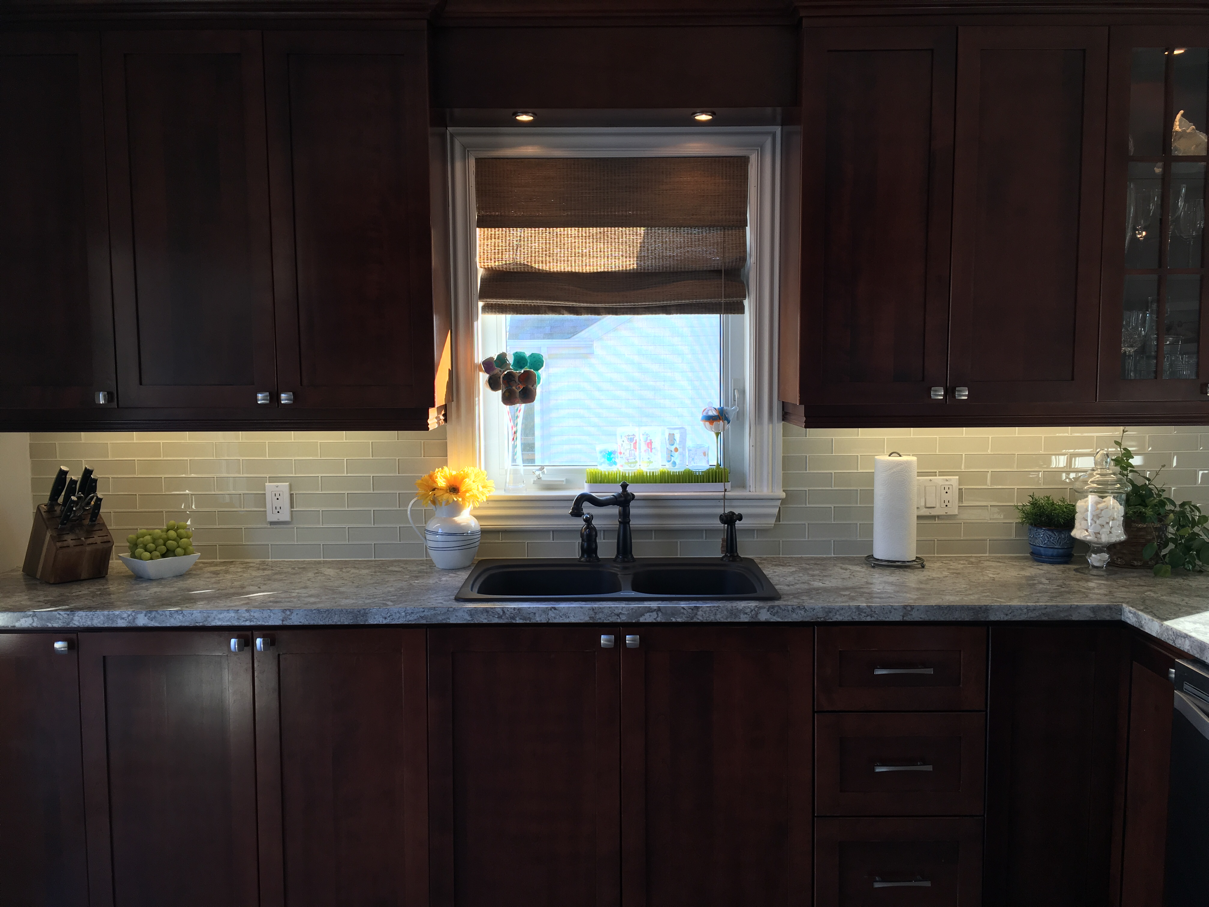 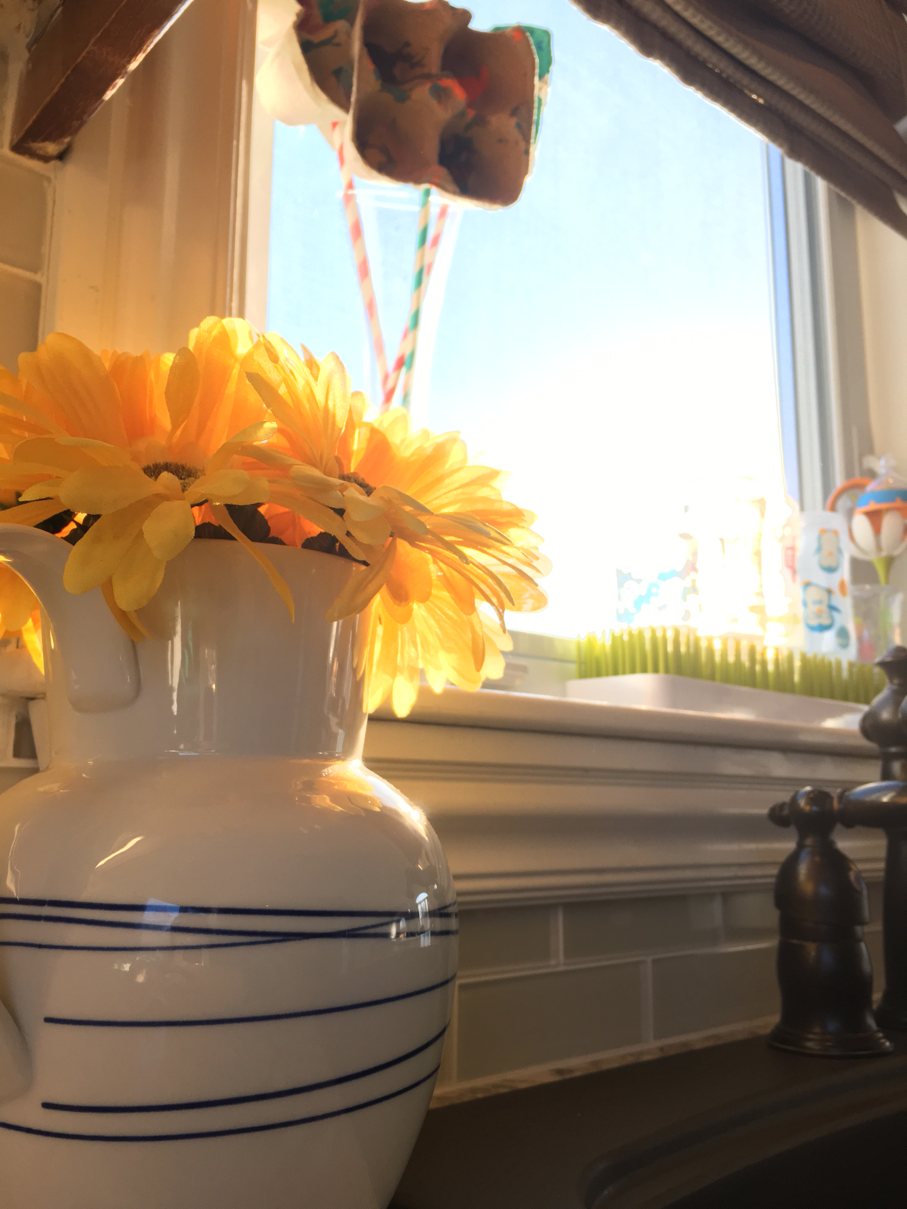 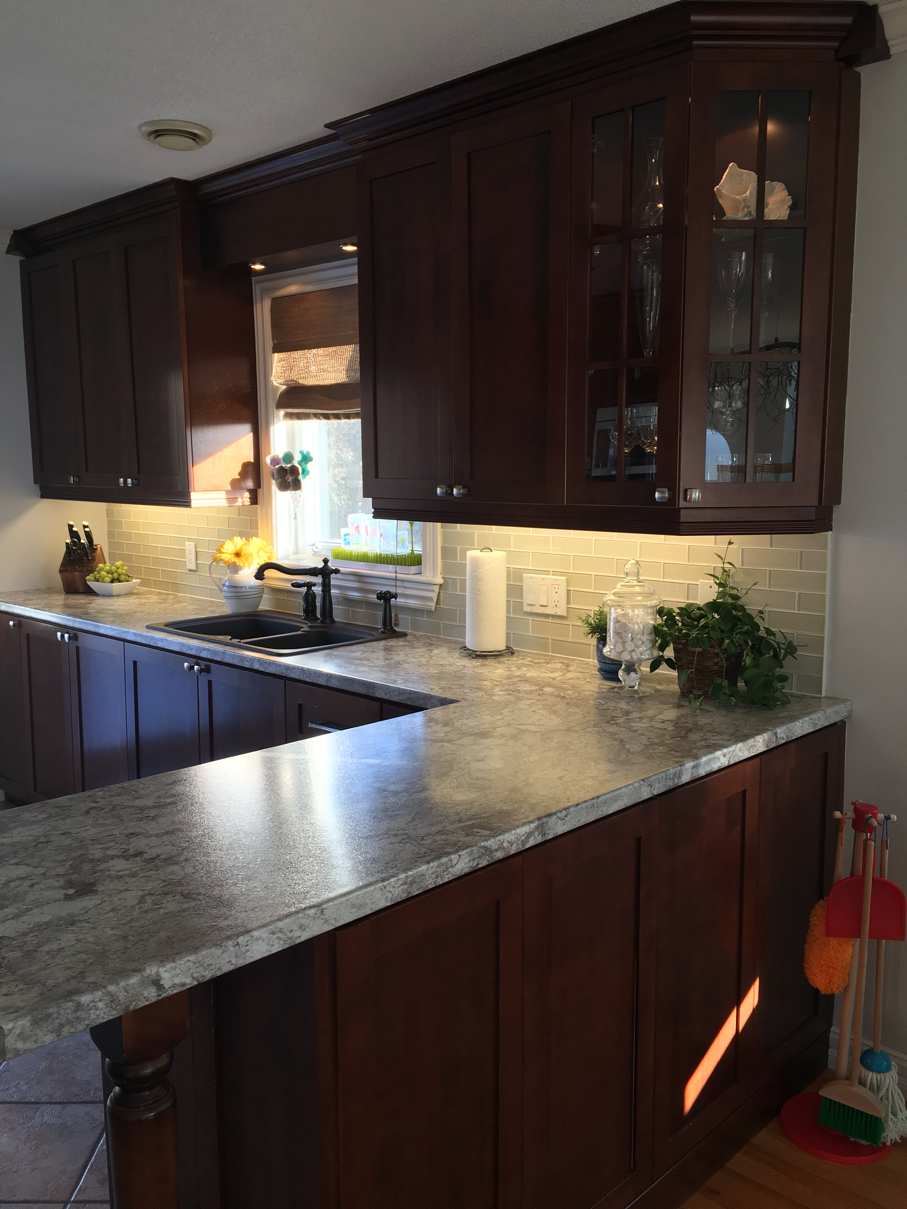 My shoes for that: Crave Quilted Slip On 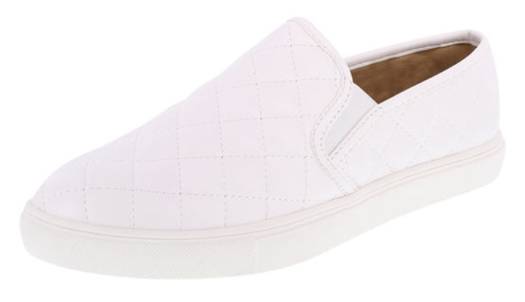 The problem with new sinks