17 shares
I haven’t written a “just in time” blog post in a while but last night’s dinner was worth writing about as soon as I got back to my in-law’s house. 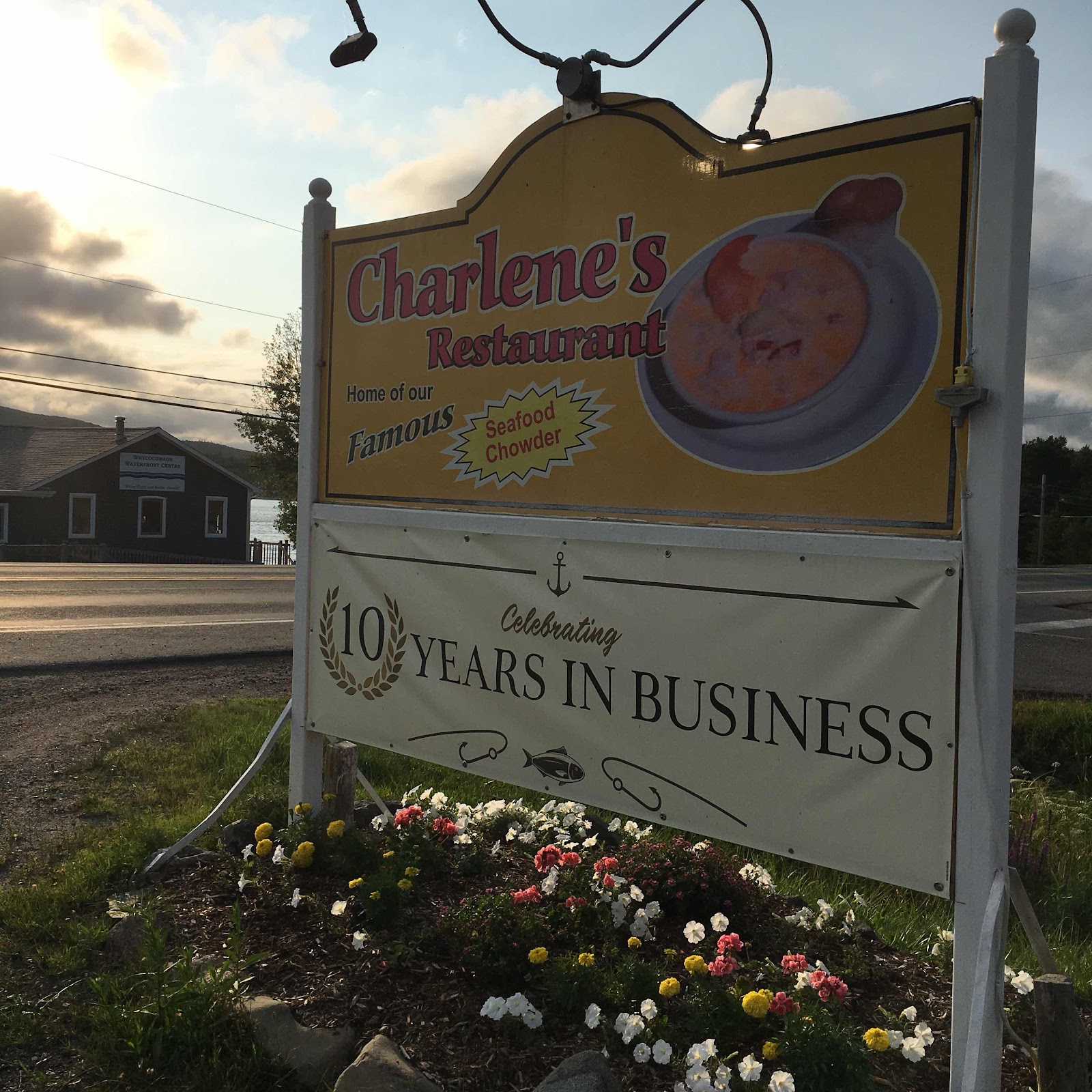 I have never eaten at Charlene’s Bayside Restaurant before but leading up to our vacation in Baddeck this summer I have been ask tons of times for my recommendations and suggestions for going around the Cabot Trail, which hikes I would suggest and in general what to do while in Cape Breton. I LOVE talking about travel with people and getting their suggestions, hearing their stories and making plans for new things to see, do and eat while visiting new or familiar places.
Last week at work I hosted a group of Forestry professionals where I met a gentlemen from Nova scotia. We began chatting about summer vacations, places he has lived for work and of course that led to us chatting about Cape Breton. He asked if I had ever eaten at Charlene’s and I was quick to say no, but asked for more info… he wasn’t exactly sure where it was but said he knew it had recently won an award for the best seafood chowder in Cape Breton. He didn’t have to say anything else to have me convinced to find this mystery awesome seafood chowder place! 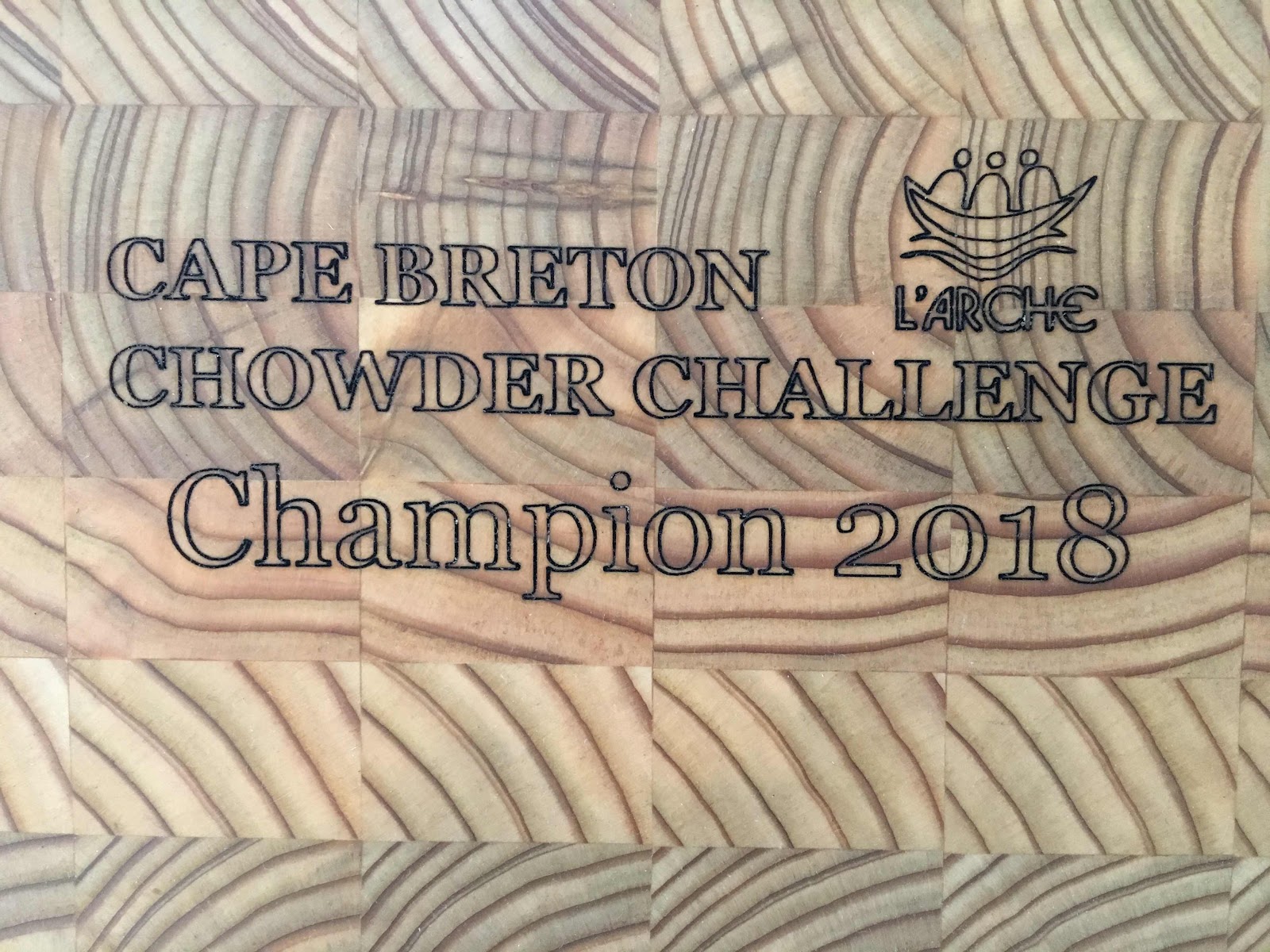 Lucky for me Charlene’s is located in Whycocomagh which is only 30 minutes or so from Baddeck (before Baddeck if you’re leaving the causeway and after Baddeck if you’re coming from Sydney) and my in-law’s knew where I was taking about right away when I mentioned a place along the main road with the best seafood chowder.
The restaurant is a quaint little place along the main road. Watch for a green building that also kind of looks like a green house (since you can buy flowers, etc. earlier in the spring). Don’t be fooled by the picture below… the Mr. and I knew we were going to order the seafood chowder before we even entered the restaurant, but we had to check out the kids menu for Little Dude. There were several kid menu options all at $5 each, so not only was he happy to have chicken fingers and fries, but we were happy with the price! 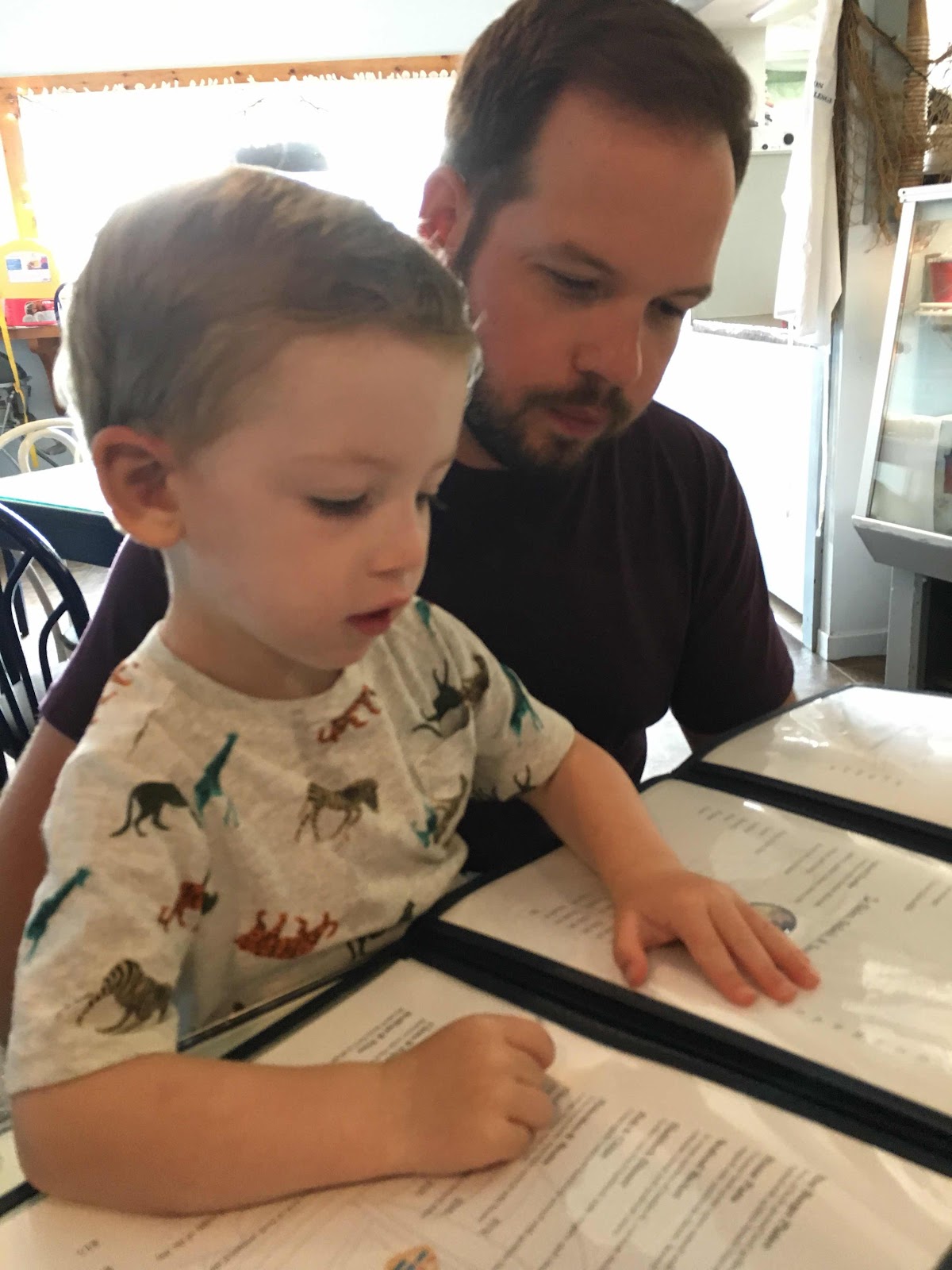 And now, for the main event… the SEAFOOD CHOWDER! I have to admit, before I tasted it I was kind of nervous. I had my hopes up for something amazing and have had several amazing chowder’s in my day to compare it to… thankfully, I wasn’t disappointed!
The chowder was creamy and full of scallops, clams, shrimp, lobster and fish. there was some white fish but not very much which made me very happy! I don’t like it when restaurants fill chowder with potatoes and white fish and skimp on the good stuff. This chowder was full of the good stuff and didn’t even use potatoes at all! 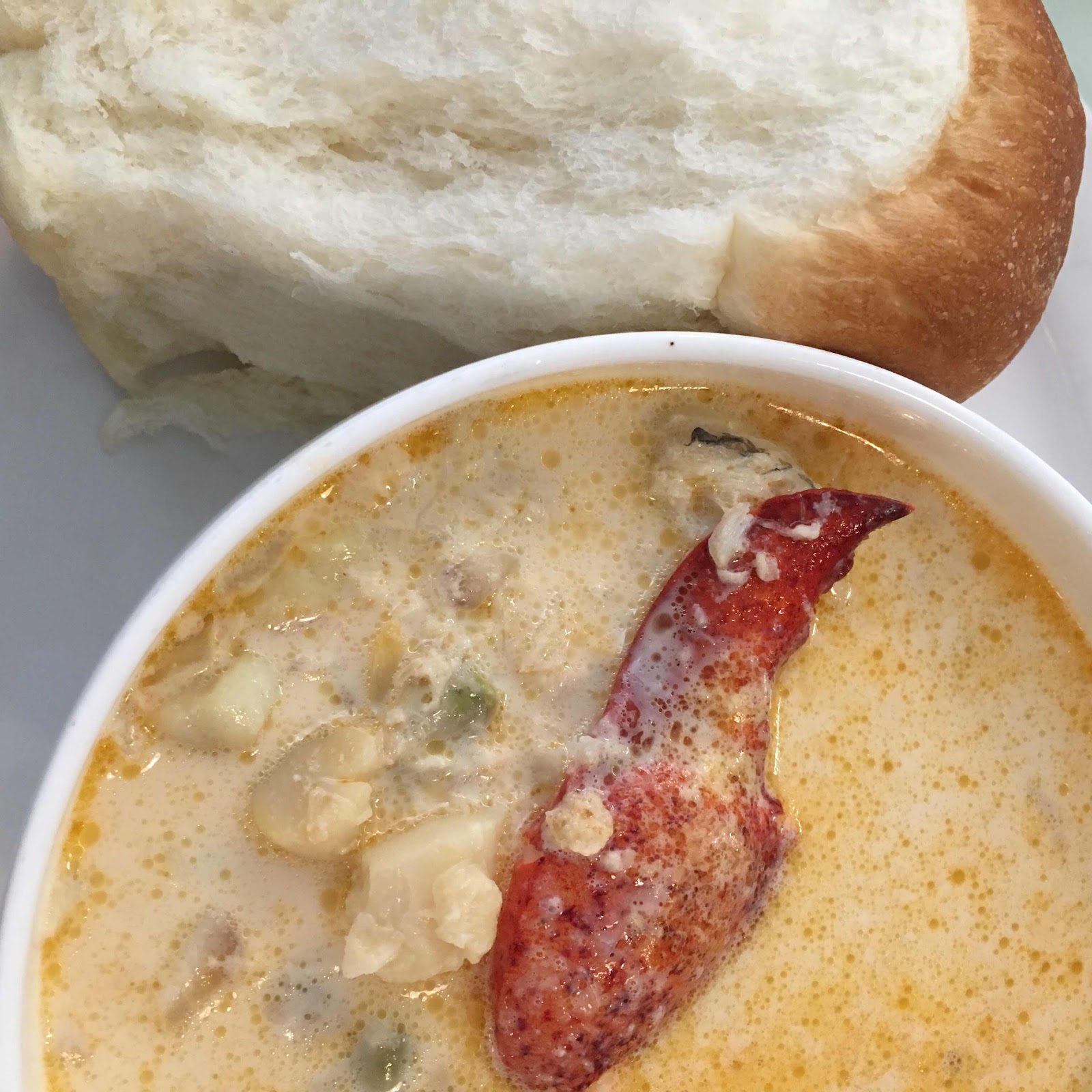 Back to top
17 shares